And the award for Most Corrupt Country goes to….. Haiti!

“Corruption traps millions in poverty,” said Transparency International Chair Huguette Labelle. “Despite a decade of progress in establishing anti-corruption laws and regulations, today’s results indicate that much remains to be done before we see meaningful improvements in the lives of the world’s poorest citizens.”
The 2006 Corruption Perceptions Index is a composite index that draws on multiple expert opinion surveys that poll perceptions of public sector corruption in 163 countries around the world, the greatest scope of any CPI to date. It scores countries on a scale from zero to ten, with zero indicating high levels of perceived corruption and ten indicating low levels of perceived corruption. 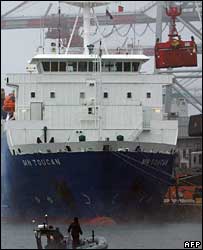