Thanks to Chuck for sending this my way. I’ve always been a fan of anarcho capitalism. I believe, in fact, that a true free market is the only way to achieve true freedom. This link delves into the specifics of the philosophy…
cd

Anarcho-capitalism – Wikipedia, the free encyclopedia
Anarcho-capitalism is a philosophy based on the idea of individual sovereignty, and a prohibition against initiatory coercion and fraud. It sees the only just basis for law as arising from private property norms and an unlimited right of contract between sovereign individuals. From this basis, anarcho-capitalism rejects the state as an unjustified monopolist and systematic aggressor against sovereign individuals, and embraces anti-statist laissez-faire capitalism. Anarcho-capitalists would aim to protect individual liberty and property by replacing a government monopoly, which is involuntarily funded through taxation, with private, competing businesses that use physical force only in defense of liberty and property against aggressors.
The philosophy embraces stateless capitalism as one of its foundational principles. The first well-known version of anarcho-capitalism to identify itself thus was developed by economists of the Austrian School and libertarians Murray Rothbard and Walter Block in the mid-20th century, as an attempted synthesis of Austrian School economics, classical liberalism and 19th-century American individualist anarchism. While Rothbard bases his philosophy on natural law, others, such as David Friedman, take a pragmatic consequentialist approach by arguing that anarcho-capitalism should be implemented because such a system would have consequences superior to alternatives.
Because of this embrace of capitalism, there is considerable tension between anarcho-capitalists and other anarchists, who see the rejection of capitalism as being just as essential to anarchist philosophy as rejection of the state. Many anarcho-capitalists believe that much of the source of dispute is a definitional problem, with the classical anarchists using the term “capitalism” in reference to state capitalism, where government grants businesses monopoly rights and special privileges over individuals — something anarcho-capitalists oppose. In contrast, most anarchists believe the dispute over more than a definition, as they hold that profit is exploitative for a number of reasons. Despite this tension, some anarcho-capitalists see their philosophy as evolving from the American individualist anarchism tradition that includes classical liberal thinkers such as Lysander Spooner.
Anarcho-capitalism can be considered a radical development of classical liberalism. Its grounding in liberalism stems from Gustave de Molinari. Many proponents of anarcho-capitalism, including Rothbard, argue that Molinari was the first anarcho-capitalist. However, Rothbard admitted that “Molinari did not use the terminology, and probably would have balked at the name” anarcho-capitalist. Nonetheless, Molinari did argue for a free market, privatization of security, and did not oppose profit. His thoughts were influential on Rothbard and his contemporaries. 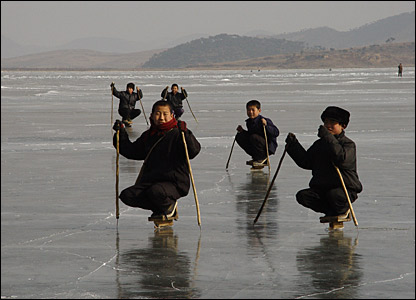