I’m fascinated by “bandit queens.” You may have heard of India’s famous Bandit Queen, Phoolan Devi. (A movie has been made of her life – it was well done, but difficult to watch. And Phoolan Devi herself sought to have it banned as inaccurate.) We featured a previous post on the women warriors of Darfur.

Amid the brooding mountains on the borders of Baghlan province, Afghanistan’s only female warlord clings to her remote fiefdom.
But the years are catching up with Kaftar, “The Pigeon”, as Bibi Ayesha is known, and the Afghan government and its international backers want her to hand in her guns.
“My eyes have become misty,” says Kaftar, complaining that she can no longer shoot straight.
But she has lost none of the enthusiasm for violence that fed her reputation for cruelty during Afghanistan’s wars.
“I am still wishing for a fight,” she said, dismissing any notion that women’s roles in Afghan society would preclude front-line battle service.
“It makes no difference if you are a man or a woman when you have the heart of a fighter.” 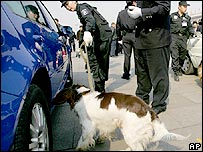 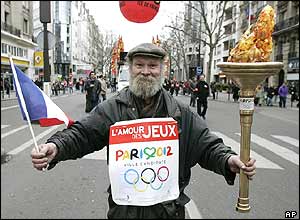