(Kate sent me this story with a one word description “infuriating”. I couldn’t agree more. At the bottom below the link I’ve included the contact info and how best to assist Dr. and Mr. Khalid.–cd)

By NICHOLAS D. KRISTOF
Published: August 2, 2005
Rapes occur in Pakistan at an estimated rate of one every two hours, and the rape itself is only the beginning of the horror. As in much of the world, the victim is frequently expected to atone for her “sin” by killing herself, while her attacker goes unscathed.
But Dr. Shazia Khalid, through all her tears, guilt and self-doubt, pushed for something more: punishment for the man who raped her. In my column on Sunday, I described how local authorities reacted after Dr. Shazia was raped early this year: they drugged her and confined her to a psychiatric hospital to hush her up.
It didn’t work, and the incident provoked unrest in the wild area of Baluchistan, where the rape occurred, because of rumors that the rapist was not only an outsider, but also an army captain. President Pervez Musharraf became determined to make the embarrassment disappear.
A Pakistani Rape, and a Pakistani Love Story – New York Times
E-mail: nicholas@nytimes.com
I’m sure I’ll get inquiries from readers wanting to help Dr. Shazia and Mr. Khalid. Since they are lonely and isolated in London, but have friends and relatives in Canada, the single thing that would help the most is if Canada reconsidered its refusal to grant them asylum. You can suggest that by writing to Joseph Volpe, Minister of Citizenship and Immigration, Ottawa, Ontario K1A 1L1, Canada. You can send e-mail to Minister@cic.gc.ca. If Canada gives Dr. Shazia asylum, this love story can still end well; otherwise, I’m afraid it’ll be one more tragedy.
Readers who want to help Dr. Shazia more directly, or find out more about her case, can contact the Asian American Network Against Abuse of Women, www.4anaa.org. 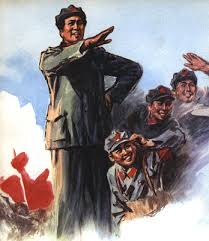