I found this editorial in the NY Times this morning. I think it sums things up pretty well…
cd

The feelings of sadness and loss with which we look back on Sept. 11, 2001, have shifted focus over the last five years. The attacks themselves have begun to acquire the aura of inevitability that comes with being part of history. We can argue about what one president or another might have done to head them off, but we cannot really imagine a world in which they never happened, any more than we can imagine what we would be like today if the Japanese had never attacked Pearl Harbor.
What we do revisit, over and over again, is the period that followed, when sorrow was merged with a sense of community and purpose. How, having lost so much on the day itself, did we also manage to lose that as well?
The time when we felt drawn together, changed by the shock of what had occurred, lasted long beyond the funerals, ceremonies and promises never to forget. It was a time when the nation was waiting to find out what it was supposed to do, to be called to the task that would give special lasting meaning to the tragedy that it had endured.
But the call never came. Without ever having asked to be exempt from the demands of this new post-9/11 war, we were cut out. Everything would be paid for with the blood of other people’s children, and with money earned by the next generation. Our role appeared to be confined to waiting in longer lines at the airport. President Bush, searching the other day for an example of post-9/11 sacrifice, pointed out that everybody pays taxes.
That pinched view of our responsibility as citizens got us tax cuts we didn’t need and an invasion that never would have occurred if every voter’s sons and daughters were eligible for the draft. With no call to work together on some effort greater than ourselves, we were free to relapse into a self- centeredness that became a second national tragedy. We have spent the last few years fighting each other with more avidity than we fight the enemy.
When we measure the possibilities created by 9/11 against what we have actually accomplished, it is clear that we have found one way after another to compound the tragedy. Homeland security is half-finished, the development at ground zero barely begun. The war against terror we meant to fight in Afghanistan is at best stuck in neutral, with the Taliban resurgent and the best economic news involving a bumper crop of opium. Iraq, which had nothing to do with 9/11 when it was invaded, is now a breeding ground for a new generation of terrorists.
Listing the sins of the Bush administration may help to clarify how we got here, but it will not get us out. The country still hungers for something better, for evidence that our leaders also believe in ideas larger than their own political advancement.
Today, every elected official in the country will stop and remember 9/11. The president will remind the country that he has spent most of his administration fighting terrorism, and his opponents will point out that Osama bin Laden is still at large. It would be miraculous if the best of our leaders did something larger — expressed grief and responsibility for the bad path down which we’ve gone, and promised to work together to turn us in a better direction.
Over the last week, the White House has been vigorously warning the country what awful things would happen in Iraq if American troops left, while his critics have pointed out how impossible the current situation is. They are almost certainly both right. But unless people on both sides are willing to come up with a plan that acknowledges both truths and accepts the risk of making real-world proposals, we will be stuck in the same place forever.
If that kind of coming together happened today, we could look back on Sept. 11, 2006, as more than a day for recalling bad memories and lost chances. 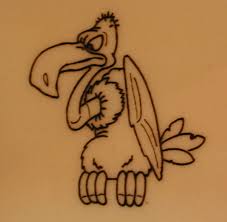