I was working today as a driver and my last client was a guy that forgot his coat at the airport on the Island of Lanai. They were kind enough to send it to him on the next flight. He was a real joker, one of the funniest things to him was mentioning what great service he got and how he should have tipped and then laughing at the fact that he didn’t. I pretty much knew that Pat Coyne wouldn’t tip me even though I had to run him back to the airport to get his forgotten coat, recommended a number of restaurants to he and his wife, and suggested interesting activities for her to do while he is here. Which brings me to the point of this post.
Coyne is here to address a huge meeting of insurance brokers. Apparently Coyne runs a company that assesses risk for the insurance industry and runs other models about the effects of global climate change, weather, and terrorism. He probably wasn’t supposed to talk about this but he was telling me how he had put together a model for the Department of Homeland Security estimating how much an anthrax attack in various cities would cause in insurance claims. Things like workers comp, life insurance, and property damage. I was astounded to hear that such an attack on New York City would result in estimated paid claims of $785 Billion dollars! To put that in perspective, Katrina has paid claims of about $58 Billion dollars.
As I said, I don’t know if he was supposed to mention this information, but I have certainly not signed any sort of disclaimer or nondisclosure statement and am happy to pass this interesting tidbit on to you.
By the way. There is nothing funny about not tipping.
cd 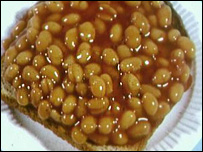