Okay…this is a Christmas tradition I can get behind. I love this. Below is a link to a site that sells every type of pooping person you can think of from the Pope to Osama. Below that is an explanation for this strange Spanish Christmas custom from Wikipedia.  -cd

[kə.γə.’ne]) is a little statue unique to Catalonia, and neighbouring areas with Catalan culture such as Andorra.
In Catalonia, as in most of Italy, South France and Spain, the traditional Christmas decoration is a large model of the city of Bethlehem, similar to American Nativity scenes that encompasses the entire city rather than just the typical manger scene. The Catalans have added an extra character that is not found in the manger scenes of any other culture. In addition to Mary, Joseph, Jesus, the Shepherds and company, Catalans have the character known as the Caganer. This extra little character is often tucked away in some corner of the model, typically nowhere near the manger scene, where he is not easily noticed. There is a good reason for his obscure position in the display, for “caganer” translates from Catalan to English as “defecator”, and that is exactly what this little statue is doing — defecating.
The reasons for placing a man who is in the act of excreting solid waste from his posterior in a scene which is widely considered holy are as follows:

The exact origin of the Caganer is lost, but the tradition has existed since the 18th century. Originally, the Caganer was portrayed as a Catalan peasant wearing a traditional hat called a barretina — a red stocking hat with a black band.
The Catalans have modified this tradition somewhat since the 1940s. In addition to the traditional caganer design, you can easily find other characters assuming the caganer position, such as nuns, devils, Santa Claus, celebrities, athletes, historical figures, politicians, Spanish royalty, and other famous people past and present, including Pope John Paul II, Salvador Dalí, prime minister Jose Luis Rodriguez Zapatero, Princess Letizia and even Osama bin Laden.
The practice is tolerated by the local Catholic church. Caganers are easiest to find before Christmas in holiday markets, like the one in front of the Cathedral of Santa Eulalia, which has tables and tables of caganers. Caganers have even been featured in art exhibits.
The caganer is not the only defecating character in the Catalan Christmas tradition—another is the Tió de Nadal, which also makes extensive use of the image of human waste production. Other mentions of feces and defecation are common in Catalan folklore. One popular Catalan phrase before eating says “menja bé, caga fort!” (Eat well, shit strong!). 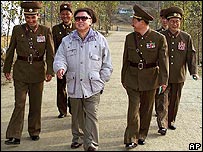