KUALA LUMPUR, Malaysia – A Malaysian man said he nearly fainted when he recieved a $218 trillion phone bill and was ordered to pay up within 10 days or face prosecution, a newspaper reported Monday

Yahaya Wahab said he disconnected his late father’s phone line in January after he died and settled the 84 ringgit ($23) bill, the New Straits Times reported.

But Telekom Malaysia later sent him a 806,400,000,000,000.01 ringgit ($218 trillion) bill for recent telephone calls along with orders to settle within 10 days or face legal proceedings, the newspaper reported.

It wasn’t clear whether the bill was a mistake, or if Yahaya’s father’s phone line was used illegally after after his death.

“If the company wants to seek legal action as mentioned in the letter, I’m ready to face it,” the paper quoted Yahaya as saying. “In fact, I can’t wait to face it,” he said.

Yahaya, from northern Kedah state, received a notice from the company’s debt-collection agency in early April, the paper said. Yahaya said he nearly fainted when he saw the new bill.

A company official, who declined to be identified as she was not authorized to speak to the media, said Telekom Malaysia was aware of Yahaya’s case and would address it. She did not provide further details. 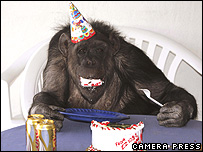