MTVNews.com: Nirvana
— James Montgomery, with additional reporting by Chris Harris
Fifteen years ago sure feels like a lot more than 15 years ago.
In 1991, the biggest-selling artists in the United States were Metallica, Natalie Cole and Color Me Badd. There was no Internet, no pocket-sized cell phones and no PlayStation. And the name “Nirvana” carried little to no cultural significance.
But on September 24, 1991, that last fact would change with the release of Nevermind, the sophomore album from a trio of Seattle shredders called Nirvana. Early buzz on the disc was strong — advance copies had been circulating for months — but nothing surrounding the album suggested the import it would soon carry.

And yet, buoyed by the four-chord blister of its first single, “Smells Like Teen Spirit,” Nevermind quickly sold out of its initial pressing of 50,000 copies, and within months, sales had surpassed the million mark. (To date, it has sold nearly 9 million copies in the U.S. alone, according to SoundScan.) By the beginning of 1992, it had overtaken Michael Jackson’s Dangerous as the #1 album on the Billboard albums chart, and Nirvana were well on their way to becoming the biggest band in the world.
Clearly, something serious was going on.
And in the years following Nevermind’s release, countless journalists and biographers have spilled gallons of ink trying to figure out just what that something was. Some say it was just a matter of timing — that Nirvana was a perfect antidote for the faceless hair-metal acts that dominated the musical landscape, and had unwittingly tapped into a cultural undercurrent that had been waiting to happen. Others point to Kurt Cobain’s undeniable underdog magnetism. Or maybe Nirvana were just an incredible rock band, one that filled fans and amateur musicians everywhere with the hope that maybe their little rough-around-the-edges garage band could be the next big thing.
But could something like that ever happen again? In recognition of the 15th anniversary of Nevermind’s release, MTV News asked a host of musicians, journalists and industry insiders that very question. But in posing the question, we also ended up with much more: a collection of memories, and some frank discussion about the state of the music business, which, 15 years later, is still reeling from what is contained in that little blue jewel case with the naked baby on the front. 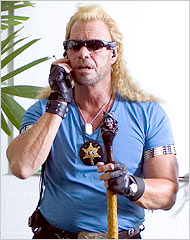