COLUMBUS, Ohio – A chiropractor who claims he can treat anyone by reaching back in time to when an injury occurred has attracted the attention of state regulators.
The Ohio State Chiropractic Board, in a notice of hearing, has accused James Burda of Athens of being “unable to practice chiropractic according to acceptable and prevailing standards of care due to mental illness, specifically, Delusional Disorder, Grandiose Type.”
Burda denied that he is mentally ill. He said he possesses a skill he discovered by accident while driving six years ago.
“My foot hurt and, knowing anatomy, I went ahead and I told it to realign and my pain went away,” Burda said Thursday.
Burda calls his treatment “Bahlaqeem.”
“It is a made-up word and, to my knowledge, has no known meaning except for this intended purpose. It does, however, have a soothing vibrational influence and contains the very special number of nine letters,” Burda’s Web site says.
The board alleges in three counts against Burda that the treatment is unacceptable and constitutes “willful and gross malpractice.” Burda has until May 1 to request a hearing. The board can levy penalties ranging from a reprimand to revoking his license to practice, said Kelly Caudill, the board’s executive director.
Caudill said she could not discuss the board’s allegations while the investigation continues and could not comment on whether any of Burda’s patients had complained. She said the board began the investigation when it learned of Burda’s Web site. Burda said he likely will seek a hearing.
Burda said he charges nothing for his first “visit,” usually by phone or Internet, and subsequent treatments are $60.
“All treatments are satisfaction-guaranteed. Treatment is always done before payment is made,” Burda said, adding that one patient “just wasn’t satisfied, and I tore up her check.
The Web site describes the treatment as “a long-distance healing service (not a product) to help increase the quality of your life that can be performed in the privacy of your home or other personal space. There is no need to come to my office.”
The treatment is not telepathic because the patient does not have to believe in what he’s doing, Burda said. He has treated hundreds of patients and reports nine out of 10 patients are satisfied, he said.
While he knows of no other people who have his particular skill, he said lawmakers and regulators should allow alternative forms of treatment for the patients who seek them.
“People who are in need cannot go to these people because they are not allowed to practice. This is terrible,” Burda said. 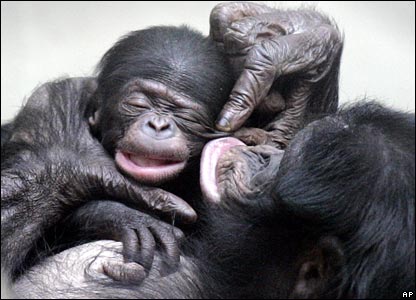